OKCYHA is an affiliate member with the Dallas Stars Travel Hockey League (DSTHL) to offer competitive hockey up to the AA level of play. The DSTHL includes play in the Squirt (ages 9 and 10), Pee Wee (ages 11 and 12), Bantam (ages 13 and 14) and Midget (ages 15 to 18) age groups. Different from most other sports, your birth year is the driver for your eligibility in a particular age group and not the current school grade that a player may currently be attending.

The emphasis on this program is focused on skill development and growth of hockey concepts and competitive play. Currently, OKCYHA is allocated two teams for each age group and they are generally referred to as Major and Minor. Prior to League play starting, teams will compete in a Labor Day leveling tournament in Dallas where they have the opportunity to determine the division (B, A, AA) each team will play in for the upcoming season. OKCYHA generally has one team in each age group qualify at the AA level and the other at A or B.

Games for this league are played in OKC as well as in rinks within the greater Dallas area generally with 2 to 4  games in each game weekend. This program consists of a minimum of 70 total ice times:  approximately 20 league games with a playoff system at the conclusion of the regular season and 50, 55, 65 or 75 practices for Squirt, Pee Wee, Bantam and Midget levels respectively. 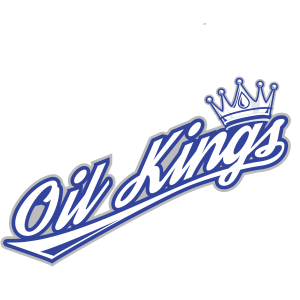 The House Hockey program within the OKCYHA has gone through a major overhaul in the last couple of years to offer the best experience possible for your player. 3-time Stanley Cup Champion Mike McEwen is the Program Director for all House Hockey activities within OKCYHA.  He has put together an exciting model that will allow players to have fun, learn new skills, be physically active and get to know the game of hockey.

Mike will oversee all aspects of the program and be on the ice instructing with his staff. Mike’s passion and knowledge of the game provides a unique opportunity for players in the Oklahoma City area to learn and grow as hockey players through a variety of program options.